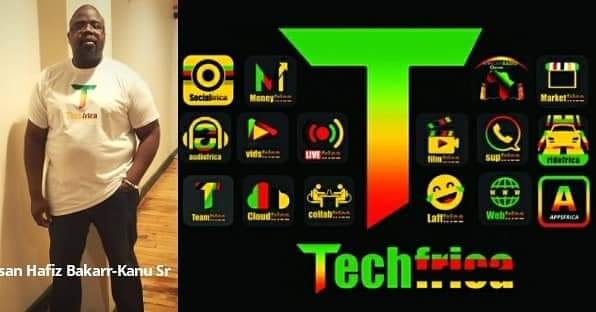 Supfrica is the messaging app from Africa that everyone’s talking about. By everyone, I mean every social media user from Africa, Europe, Asia, and America. Since its release on December 11, 2020, Supfrica has managed to get up to 50,000 plus downloads from the Google play store. Supfrica messenger magically ranks first on Google Play Store Top Free Apps; leading the world’s top messaging apps like WhatsApp, Messenger, and Facebook. According to techEconomy.ng

Unbelievable right? No other app on the African continent has ever managed to grow this fast. The app made by a Sierra Leonean tech company (Techfrica) has become the most talked-about app on the continent. Supfrica’s explosive growth was ignited by a January 5th Facebook post that went viral on and off Facebook.

In my experience, Supfrica messenger has almost, if not all the features of the famous Whatsapp. It’s some sort of a replica of Whatsapp, a replica from Africa. However, reports reveal that Supfrica is about 2 times faster than Whatsapp. With it’s logo fairly similar to that of Whatsapp, the message is clear: Supfrica messenger is contending for the throne on which whatsapp sits comfortably. This is astonishing yet extremely pleasing to hear, from the perspective of an African.

That we can engineer a product this good; it is something to celebrate and promote with all strength and purpose. There are several other messaging/social media apps in Africa, which are doing very well. The likes of Ayoba, Dikalo, and others, further discussed in this article. Yet, None of these apps have been able to bring any meaningful competition to the American Galacticos (Facebook, Whatsapp, Twitter, Instagram).

Supfrica messenger might just be the app from Africa to make the difference. Whatsapp dominates the African market for one reason; Low-data mobile apps are the most convenient for African users – because of Africa’s poor internet infrastructure. This is what Supfrica messenger brings to the table, amongst other scintillating features.

With 2G, 3G, and 4G network, you can always enjoy chats, voice, and video calls without scrambling. I wonder if a WhatsApp video call in Africa can go on for a minute, without terrible and annoying stops. The Supfrica messaging app is built with an understanding of this issue. That’s what makes it unique. It is created to meet the needs of the African market.

Isn’t this something to brag about as an African? I was thrilled when I saw the Facebook post, and it didn’t take me a minute to jump ship. Supfrica is growing everyday, gaining more and more ground. Evidence to this claim is it’s 4.4 rating on the Google PlayStore, with over a thousand users singing it’s praises.

I’m extremely excited to say that A Sierra Leonean has created a messaging app that is faster than WhatsApp. Will WhatsApp soon become obsolete? Definitely! Will Supfrica messenger be responsible for its fall? We’ll wait and see. What do you think? Let’s hear your thoughts in the comment section at the buttom of this page.

For now, download the Supfrica today, and let the party begin!

View all posts by Boujique Joel

15 thoughts on “Supfrica, the fastest growing app on the African continent in 2021”